There are all kinds of ways to make money from home – as I’m sure you’ve already discovered. And there are more exciting jobs besides the usual customer service or sales positions. For example, you can earn extra money by serving on a virtual jury. Work as an online tutor. And if you speak a second language you can even make money from home as a translator.

But if you’re looking for something that’s totally different, you can also work-from-home as a closed caption reporter.

Have you ever wondered who is the person providing the text of your favorite programs? And how in the world they can keep up and type with no mistakes at all?

Before I started researching how to make money from home, I didn’t know much about CC jobs. The only thing I knew was that the person doing it had to type like the speed of light. When I watched a movie or even the news – you know, the news tickers going across the screen during a news telecast, I often wondered how someone could land a job like that as the text flew by my screen. Imagine my surprise when I learned this type of job can be done from home!

In this post, I’m going to share what I learned about working from home as a closed caption reporter jobs. And if you’re interested in this type of work but don’t quite meet the requirements; I’ll show you what you can do to earn your certification to qualify.

First, let me tell you about the types of closed captioning reporter jobs there are…

A closed caption reporter provides television viewers who are hearing impaired text of a televised programs. Some examples are news broadcast, sitcom or other televised programming. In other words, those are typists who have serious typing skills providing the text going across your television screen.

A Real-Time Caption Reporter provides real-time text and description of sounds to a televised program. Think of the news ticker I told you about.

A Closed Caption Editor provides text for pre-recorded programming on DVD, broadcast and cable TV. They are the ones who also provide subtitles in which the audio is transcribed into another language.

Requirements for a Closed Caption Reporter

Before I get to the company list, let me go over the requirements for a closed caption reporter. First and foremost, you have to have some serious typing skills in both speed and accuracy.

Each company will have its own set of requirements needed to qualify for their position but most employers are looking for someone who is certified and experienced in Closed Caption reporting, who listens carefully and pays attention to detail and who has knowledge of various transcription methods. More importantly they’re looking for someone who can type anywhere from 200 to 280 wpm with no errors. Isn’t that mind blowing?

If you have the skills and experience, here’s a list of companies to start your career search in closed caption reporting. Check back often to see if this list has been updated with more companies. Good luck!

You can also search for closed caption reporter jobs on the search work-from-home jobs page.

There are some places to help you get started if you’re interested in becoming a certified certified closed caption reporter. One website that has information about training and certification is the National Court Reporters Association website.

The NCRA has been recognized as the premier and continuous educational programming as well as informational resource for its members.

They also hold conventions and expos to help members build a strong foundation for their career, gain educational experience from new and innovative sessions and network with other court reporters, captioners and other legal service professionals.

While you’re studying for the certification exam, it would also be a good time to improve your typing skills. Sites such as Typingtest.com has a series of practice timed test to check for tying speed and accuracy. 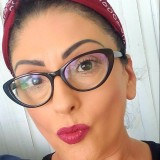 Hi, I'm Cori. I'm a blogger and I run an Virtual Assistant business. I left my job in Corporate America so I could work from home and be with my family.
I blog about the different ways to make money from home whether it's a work-from-home job, home-based or online business.

Previous Post: « 5 Security Habits Every Freelancer Should Make a Part of Their Lives
Next Post: 12 Things NOT To Do During A Phone Interview »

Hey mamas, welcome to my website! This is THE place to find legit work-from-home, home-based businesses, side hustle gigs and freelance opportunities. There are also tips to help you manage and balance working from home and family life. Take a look around and if you have questions, feel free to contact me!

This eBook is straight-forward real talk about the pros and cons of working from home. You'll also learn how to spot a scam, how to prep for a job interview, the most commonly asked questions and how to answer them. And as a bonus, you'll get 145 legit places to find a work-from-home job or side hustle.